You are here: Home / About Scope EN

See what the thought leaders are reading

We deliver hand-curated articles from a variety of topics straight to your inbox, mobile or browser.

Our mix of algorithm-based and hand-curated content allows you to optimize your time. You can follow the evolution of a particular event from different perspectives, avoid duplicated news, and become better informed faster.

1. Explore our topics on the “Boxes” page
2. Register for an account – all we need is your name and email address
3. Get the relevant articles straight to your inbox, read them on your desktop browser or download our mobile app for iOS and Android

Corporate clients can introduce their own topic on Scope.

As corporate client, we provide you with an easier way to find and filter, so that you can then distribute it to your different channels like Social Media, your website or email. This will help you establish yourself as the thought leader of an area and connect your brand with the topic of your choice.

Learn more about how Scope can support you find and distribute more content at Content Marketing with Scope. 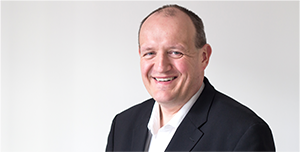 Peter joined Scope as an investor and board member in January 2014. He subsequently took over duties as CEO and Chairman. He has been an active member of the Swiss online industry for 20 years, launching Zeix AG and Blogwerk AG. From 2010 to 2013, he served as Head of Digital Media at NZZ-Mediengruppe. He doesn’t drink coffee. Weird, we know. 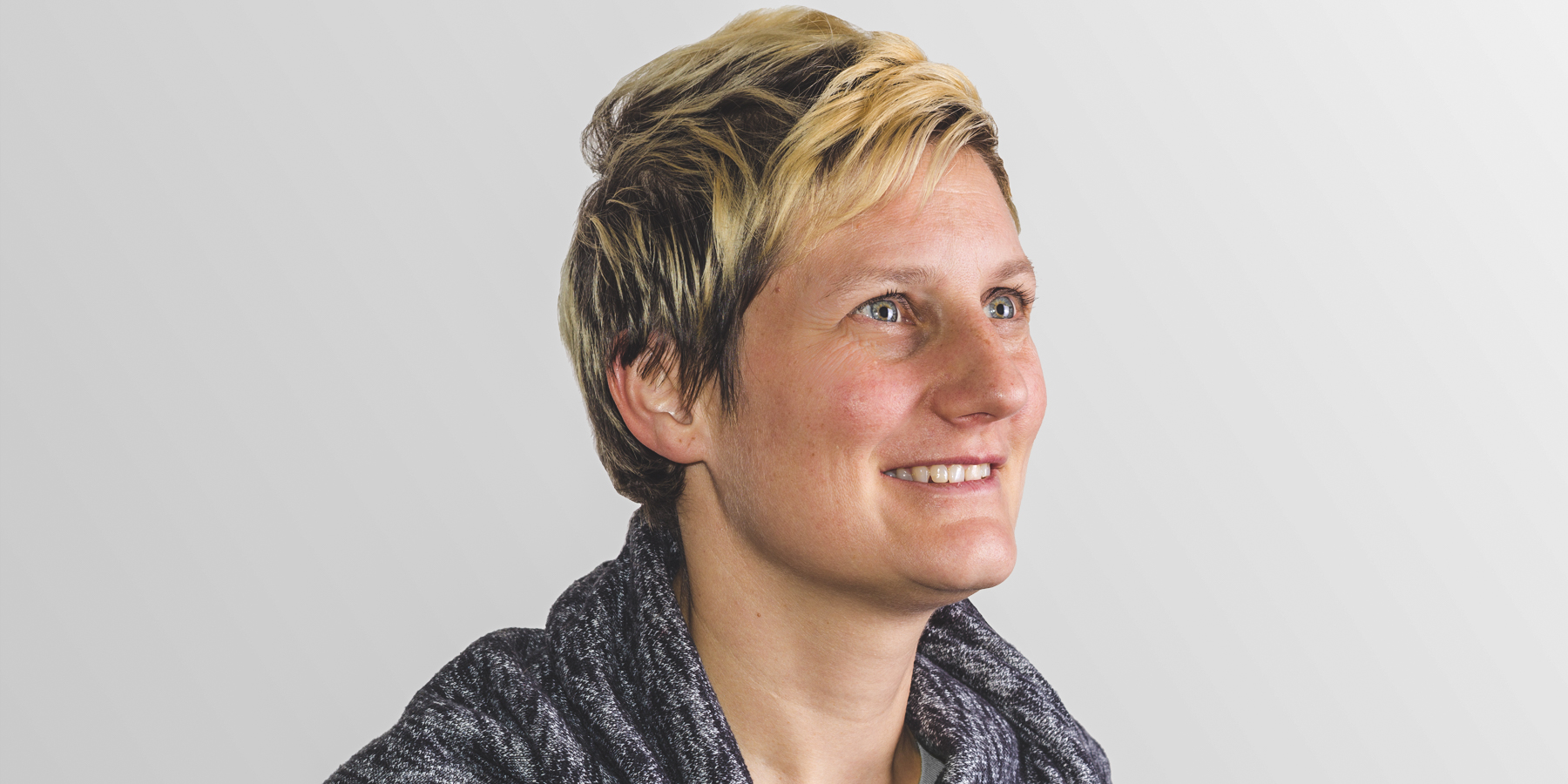 Angie joined Scope in August 2016 and looks after the web app, curator console and will soon take care of the mobile apps, too (she promises). She spent the last 7 years in Melbourne, Australia, where she worked for agencies, a bank and completed her MBA. Before that she was partner at Zeix AG in Switzerland. She likes to read about the mystery of human behaviour and loves delightful interaction design. 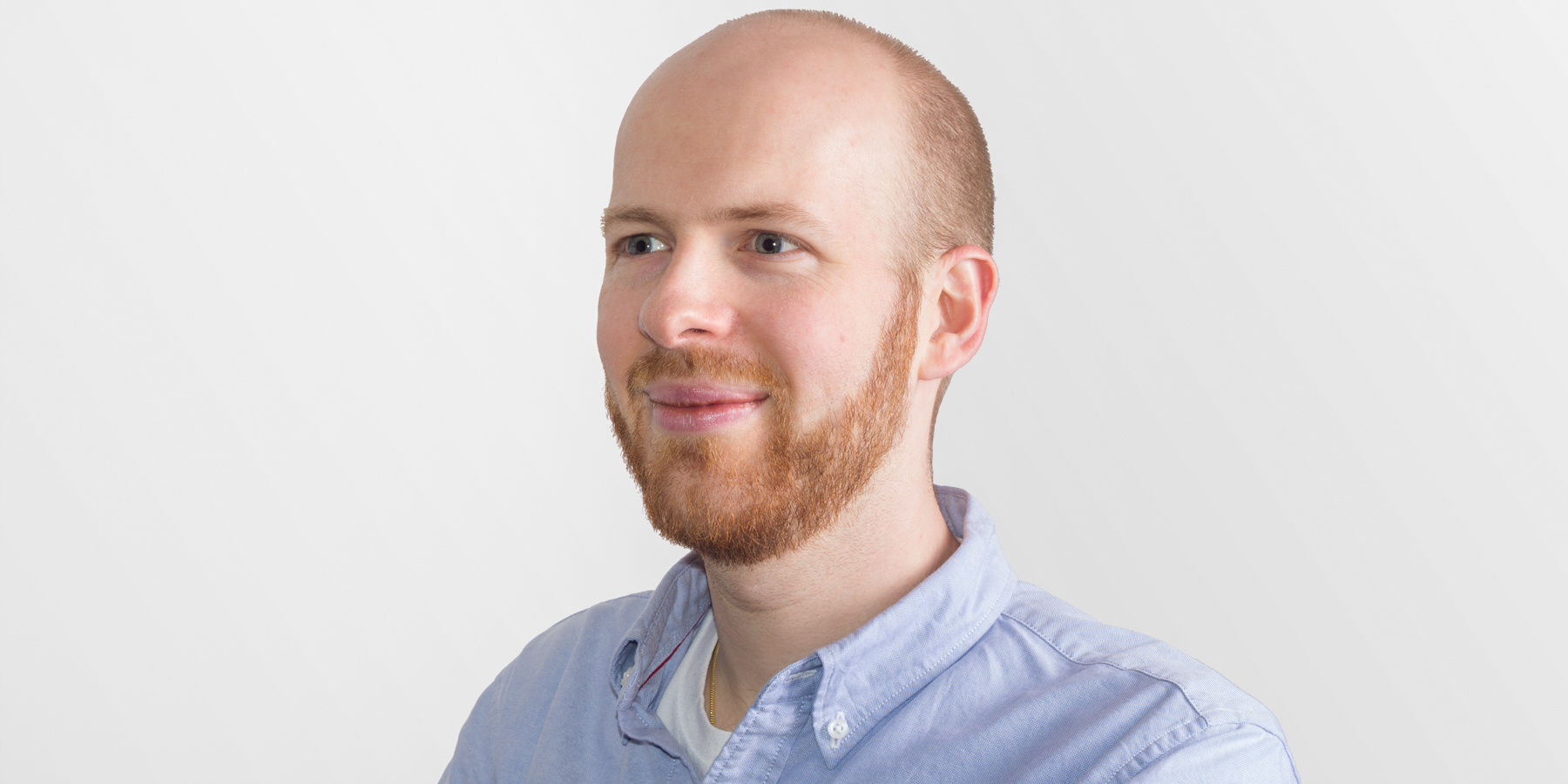 Reto joined Scope in August of 2016. He looks back at an extensive history of software projects in various fields. Besides his software related interests, he obsessively listens to podcasts and would like to be a much better runner than he currently is. Reto holds a Master of Science degree in Computer Science from Northeastern University, Boston. He doesn’t like polar bears.

Olivia came to Switzerland in 2003 and after the initial culture shock the language is no longer a problem. She supports our Scope customers in discovery, curation and distribution. Thanks to her excitement for many topics, every project is a new adventure. Olivia is equally happy about praise and criticism, because you also grow from painful feedback. Unless it‘s about glitter, please don’t criticise glitter in front of her.

Laura joined Scope in late 2015 to keep everything running smoothly. She holds a master degree from the University of St. Gallen and has been working for a major management consultancy in London, Munich and Sydney before focussing on her family for the last few years. Laura is convinced about the value of information, the specialization of labour and her hole punch. 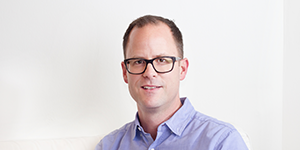 Franz has over 20 years of experience in accounting and advising Start-Ups like JOIZ, Webrepublic and Adwebster as external CFO and Executive Coach. He is working part-time as our CFO. 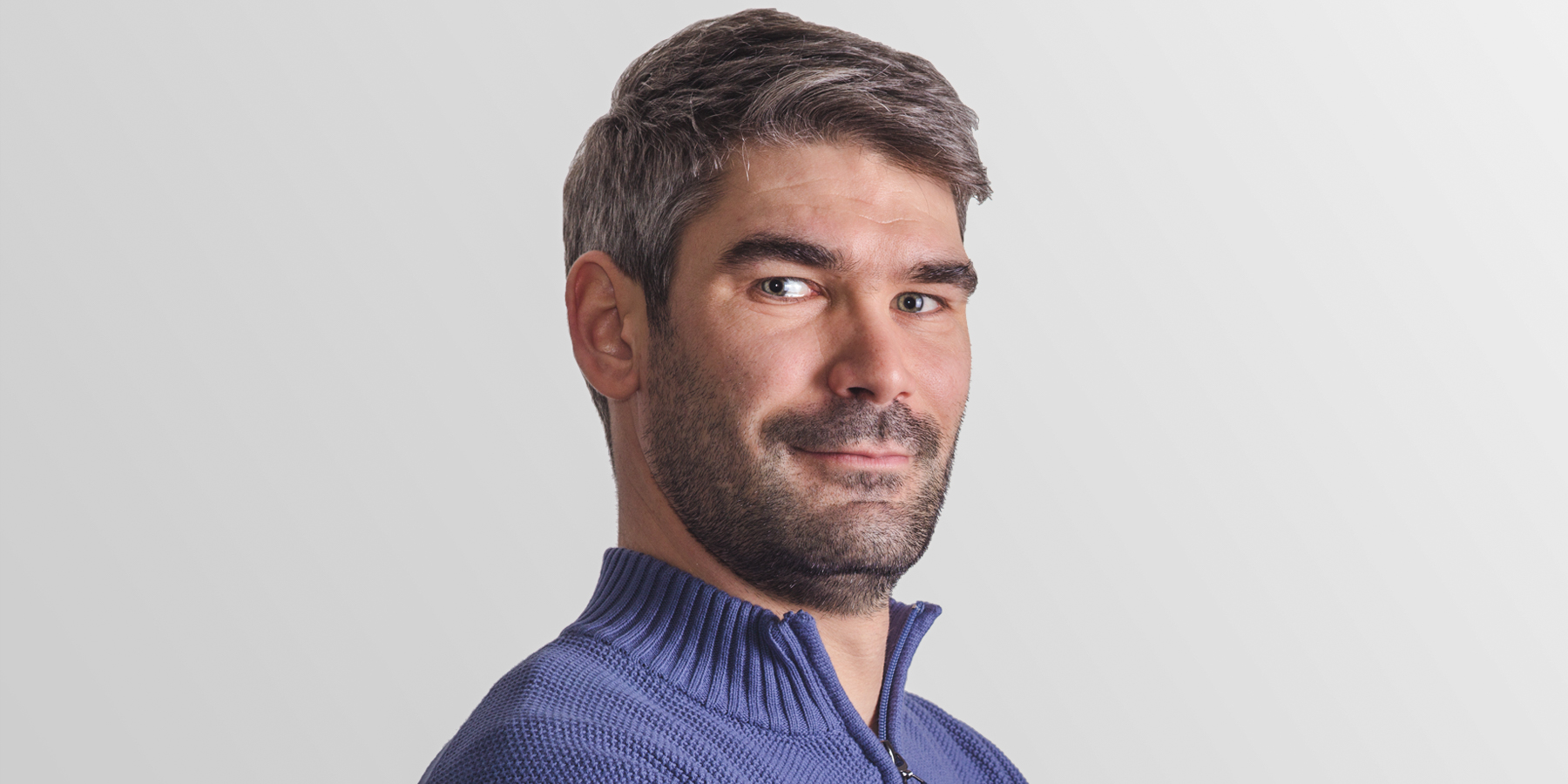 Stojan is our Backend Engineer from Belgrad, Serbia. He has a Master in Computer Engineering and Informatics from the University of Belgrad and since then has been gaining experience in different areas of web development. He is working with Reto on our servers, data base and on many other code backends that you will never see but notice if they don’t work. 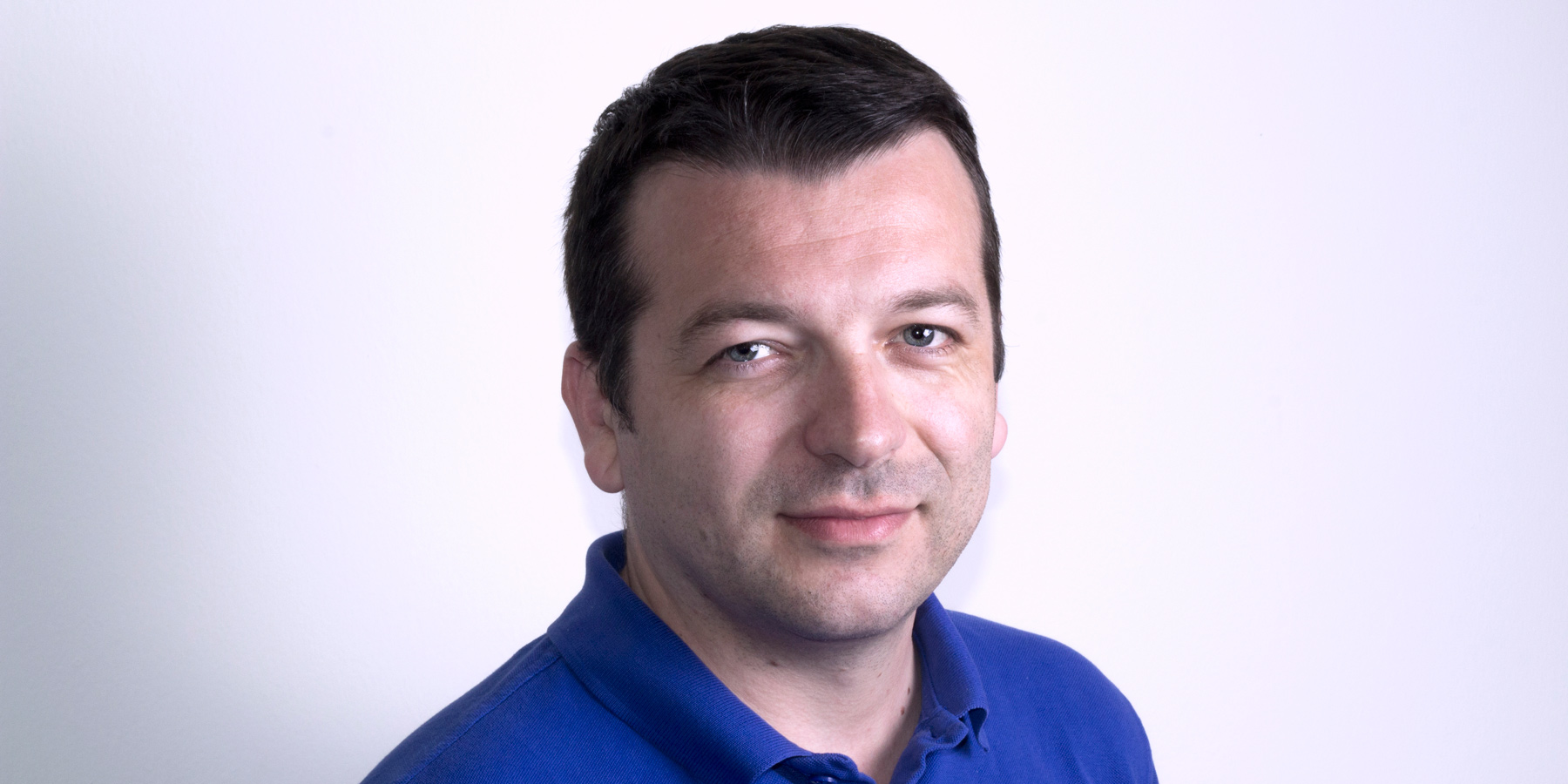 Djordje Mijatović is a Java Backend Developer who works daily with Reto and Stojan. He is an early adopter. Djordje has 8 years experience as Java full stack developer. He has a Bachelor in Computer Engineering and Informatics from the University of Belgrad, Serbia. 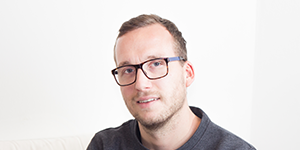 Martin writes a lot of content for us. Before joining Scope, Martin has been the Editor for the leading German-Swiss tech blog netzwertig.com for five years. He is passionate about curation and believes in that some people are born with the desire to share their expertise and knowledge with others.

Jürg Stuker has been a partner since 1999 and until recently was CEO of Namics AG, Switzerland’s largest digital agency, which grew during his tenure to around 500 employees at six locations in Switzerland, Germany and Serbia. For years he has been considered one of the most important Swiss Internet pioneers. In 2017 he became member of the board at Scope. 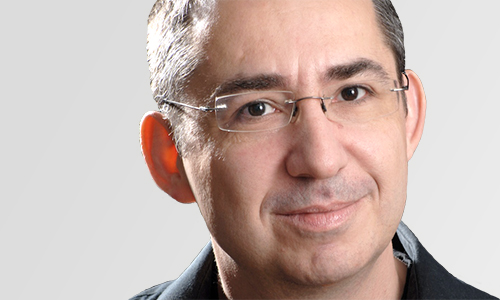 Andreas Von Gunten has been an Internet entrepreneur from the very beginning, currently active with his company buch & netz, and most recently chaired PARX, the Salesforce integrator he founded, with 80 employees. In 2017 he became member of the board at Scope. 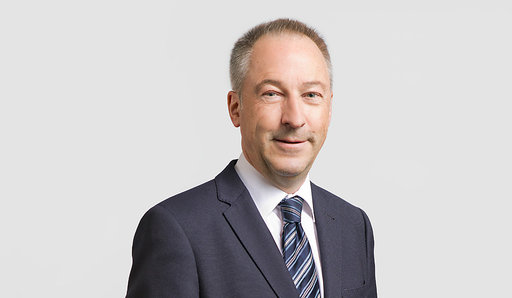 2011: Elia Palme develops a research project as part of his ETH dissertation, creating an aggregator-app, initially named Nüwsli, later Newscron. With the help of the app, users can put together their personal newspaper: the app searches through 250 national and international newspapers, to find only the news that could present an interest to the user. The region of the news, as well as the section the news are coming from can be chosen by the user.

2012: In autumn 2012 Elia, together with Roberto Plato and Patrick Lardi, founds Newscron SA in Lugano. The company receives the support of several private investors in Tessin.

2013: Newscron wins many awards for technology, among others the renowned De-Vigier Prize of 100’000 CHF.

2014: Newscron receives in January substantial funding from a Business Angels’ network in Zürich. The board of directors is reorganized. Throughout the year it becomes obvious that the originally planned Freemium business model for the Newscron App is not working as planned, due to the fact that the paid premium version is undersold. After reviewing the strategy the board of directors decides to enhance the existing technical offer by introducing the handpicked curation done by experts.

2015: In January the Niuws App is launched offering handpicked news by 15 curators, each curating a specific topic (box). The number of curators reaches approximately 50 by the end of the year.

2016: Peter Hogenkamp acquires the majority of shares in February. Elia Palme privately acquires the initial Newscron App. In May the company moves to Zurich, settling its office at Rötelstrasse 15. In the meantime the Niuws product becomes more than an app, extending its availability to different platforms and receiving a new name: Scope (thescope.com). In September the company itself is renamed to Scope Content AG and its brand new responsive website is built from scratch and launched.